1.  Why has Dixie Youth adopted pitch counts for all baseball divisions?

Daily, weekly and annual overuse is the greatest risk to a youth pitcher's health according to medical experts in sports injuries. Numerous studies have shown that pitchers who throw more pitches per game and those who do not adequately rest between appearances are at an elevated risk of injury.

In recent years, researchers and medical professionals in the field of sports medicine have determined that the actual number of pitches thrown (i.e., pitch count) is a safer way to regulate pitching in youth baseball. Dixie Youth has a rich history of emphasizing safety in youth baseball and recognize the widespread concern for protecting youth pitcher’s arms.

2.  Why is there a rule prohibiting a player from moving from pitcher to catcher in the same day?

Medical authorities and experts say that a player who warms up to pitch, and then pitches, should not play catcher for the remainder of the day. Doing so does not provide enough “cool down” time for such a player. Also, any player who has played the position of catcher in four or more innings in a game is not eligible to pitch in that game.

3.  How will a league determine who is responsible for counting the pitches?

Selecting the person responsible for counting pitches will be a decision of each local league. That person’s pitch count will be the officially recognized pitch count for the game.

Leagues also can use any of the various digital or mechanical pitch counting tools that are available commercially. Still other leagues might assign the task to one or both of the managers, or to one of the base umpires. Coaches must monitor their pitcher’s pitch count through the game and is ultimately responsible for both the rest period pitch count thresholds and the daily pitch count maximums.

4.  What is the penalty for violating the pitch count rule?

Violating the regular season pitch count regulation can be protested in accordance with Rule 3.03(c) and Rule 4.19. And, as with all regular season games, the local league (by action of the local league Board of Directors through the Protest Committee or a special Committee appointed by the local Board) resolves all protests. The Board of Directors also could suspend or remove managers who willfully and persistently violate any rule or regulation.

Example: If a pitcher in the Dixie Youth Major Division throws 66 or more pitches in a game on Saturday morning, that pitcher cannot pitch again until Wednesday, when he/she has had three calendar days of rest (Sunday, Monday, and Tuesday).

NOTE : These pitching rest requirements are based on the number of pitches a player throws in a day. If for any reason, a game ends after midnight, the pitches thrown in the game will be charged to the previous day. The pitcher begins his rest requirement when he leaves the mound in a game if his total pitch count for the day exceeds 40 pitches.

6.  Can the same pitcher throw in consecutive games?

Depending on the number of pitches thrown and the days of rest, the same pitcher could pitch in consecutive games.

Any pitcher, without regard to his/her effectiveness, must be removed when he or she reaches the limit prescribed in the regulation. Remember, no game is more important than protecting pitchers’ arms.

8.  Is the pitch count regulation mandatory in all divisions of baseball?

The regulation applies to all baseball divisions of Dixie Youth where players pitch.

9.  Are warm up pitches calculated in the pitch count for a pitcher?

No. As always, however, umpires should be mindful that the rules permit a returning pitcher to have eight preparatory pitches, or one minute, whichever comes first. (See Rule 8.03.)

10.  Is the Tournament Pitching Rule the same as the regular season regulation?

No, The Tournament Pitching Rule is similar to the regular season rule, but there are some modifications for tournament play. See Tournament Rule VII. 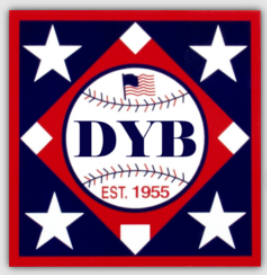